The Road To Leaner: Part Eight 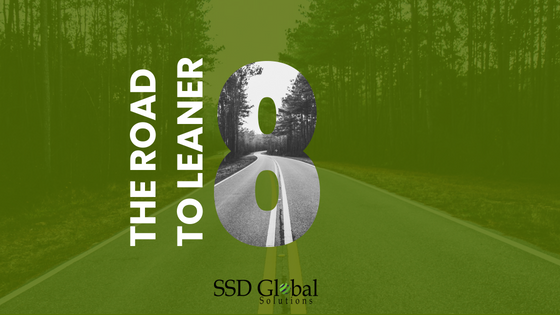 When my late husband, Larry, retired from Northrop Grumman in the late 1990s he decided to start a company called Systems Service and Delivery with a couple of partners from NG. Originally, his company, was designed to do global mergers and acquisitions.

At Northrop, Larry, managed a group of roughly 600 people.  In this retirement effort he had plenty of contacts and ideas.  Almost immediately, he encouraged me to leave NG and join him in the effort.  But, I was of the mindset that someone must have the “real” job that offered things like 401(k) and medical benefits – – we both couldn’t be consultants. Was he crazy? I did agree that I want to spend more time in Denver and less time traveling which led me to that local job. But, after my new boss tried to kill me, I figured what’s the worst that could happen?  Sometimes it takes something drastic to make us change.

In the beginning, at Larry’s company, most of my duties for clerical and I had a few HR consulting clients.  On the business side of the business it seemed to me we mostly went to dinner, introduce people and then send them an invoice.  In the mid-2000s, things were starting to tank economically, but for a while we had a very good ride. Then, clients who were interested in acquiring small companies became consumed with the idea of tightening their belt.  This where my product came into play.

Larry had always hated HR and only half listening when I told him my story about Six Sigma.  But, one evening, when it was apparent that we would need to change directions if we want to stay in business, I was able to explain the entire theory of process improvement.  He was intrigued. I had been preparing for the necessary exams to teach the product and was almost finished. I thought that I’d just go back to work for a firm who taught the subject.  But he convinced me to try it at his company first since we already had clients.

In the early days, we just did traditional teaching and we handled Six Sigma just like everyone else.  There were lots of grueling hours teaching two days of statistics, another couple of days reading boring case studies and then another three weeks of methodology.  This system was well respected at the time and was known as waves of training. So, you marketed companies with Wave One, then Wave Two, and completed the training and Wave Three. These waves were separated by several weeks at a time.  This meant some people seeking a Six Sigma Green or Black Belt could be tied up in the training system for several months. I constantly met Six Sigma Green Belt candidates that had been trying to achieve their certification for a year to 18 months.

Our first attempt, at simplifying training, involved getting in a product called Lean.  It appeared when we blended Lean thinking with traditional Six Sigma methodology, everything was easier to teach and to understand.  There were already a lot of training vendors starting to get interested in the idea of Lean Six Sigma. However, the program that recognized waves of training continued so employers were still having to dedicate large amounts of time to get their employees trained up.

Our first product and copyrighted work was called Accelerated Lean Six Sigma.  We simplify the models and the statistics and came up with a different idea about training and capitalized on several adult training techniques.  About six years into the business, training Accelerated Lean Six Sigma became our core business and we rebranded as SSD Global solutions. It was an exciting time and I published several books and white papers. It was the right training at the right time.

Probably something that sticks in my mind more than anything else, is that when my husband passed, I wasn’t sure if I would be able to continue the business.  But, using the tools that my company has promoted for over a decade we continue to thrive.

Fast-forward to today, SSD has introduced Leaner Six Sigma©. This makes things even easier to get certified and start using the concepts immediately.  Although much of my HR work one-on-one with clients continues, most of the business focus is on this product. One thing I love about this methodology is that it can be used in your personal life as well.

There has been some interesting pushback from the community about making things easier, but I am convinced it is the only way to go and that Leaner is simply a better way to not only learn Lean Six Sigma but other topics as well.  When you think about it, Lean Six Sigma is just a clever problem-solving model that engages in critical thinking. I’m looking forward to seeing you next week and talking about some of the trials and tribulations my friends, students and colleagues have experienced during their Lean journey.  Have a great weekend!