The Road To Leaner: Part Four 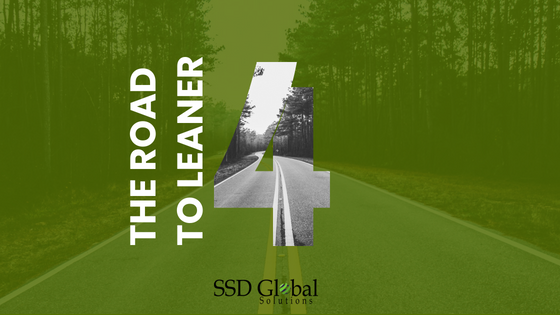 I presented the idea to the CEO that perhaps we could turn HR into a profit center.  He was intrigued and liked the idea. I told him I wanted to teach Six Sigma as part of our OD effort. And, I thought we could bring other companies who did not compete with us into the mix.  Their enrollment tuition would fund our own classes.

As enthusiastic as the CEO was at the time it was obvious the company was not going to give me funds to start this effort. Efforts rarely start themselves without seed money.

This is where I feel manifestation comes in to play.  Whereas I will not spend time, today, explaining why to think this is a powerful exercise, I did start thinking about what the differences would make to my company and maybe even other companies.

Almost immediately, I read about a grant offered by the Denver Office of Economic Development intended for increasing Quality.  I wasn’t exactly sure what that was but when I read about Quality Improvement, I realized that Six Sigma was an example of that type of program.  Even though the grant was earmarked for nonprofit, I think everyone else was confused by the terminology. So, I ended up getting the grant partially because I was the only one who applied for it.  It was that $110,000 that started everything.

For short time, I was the golden child of my company.  No one had ever secured a public grant for our company.  I was able to tell the story to lots of people and everyone said you know she will be taking the VP HR job as soon as the person is in the job retires.  So, I went back to life being good and I helped develop a Six Sigma program for my company. We did in fact, turn HR into a profit center, by selling classes to neighboring companies.  They even built me a classroom.

We saw some significant improvements that we were able to document.  And then, the worst thing in the world happened to me. I went on vacation.

The vacation was fine although I’ve had better.  I found myself in a country that should have been on the watch list, but I had not paid attention to the news. There’s a reason why the tickets were so cheap. Still, all in all, what I returned to was much worse than my time in Caracas.

The VP of HR had taken an office next to mine. She was huffy and puffy, and I soon learned that my company had hired a Global VP of HR.  He had been assigned the office on the third floor that she had been in for over ten years.

This moved everyone in the HR department down a notch and made it clear to me that they would soon be eliminating her role and not replacing it. There were rumors we were going public and it was obvious that during my absence things that happened that would make it almost impossible for me to assume the top position in the HR department.

And, to make matters truly worse, I became convinced, over the next few months, that the new Global VP of HR wanted to kill me.